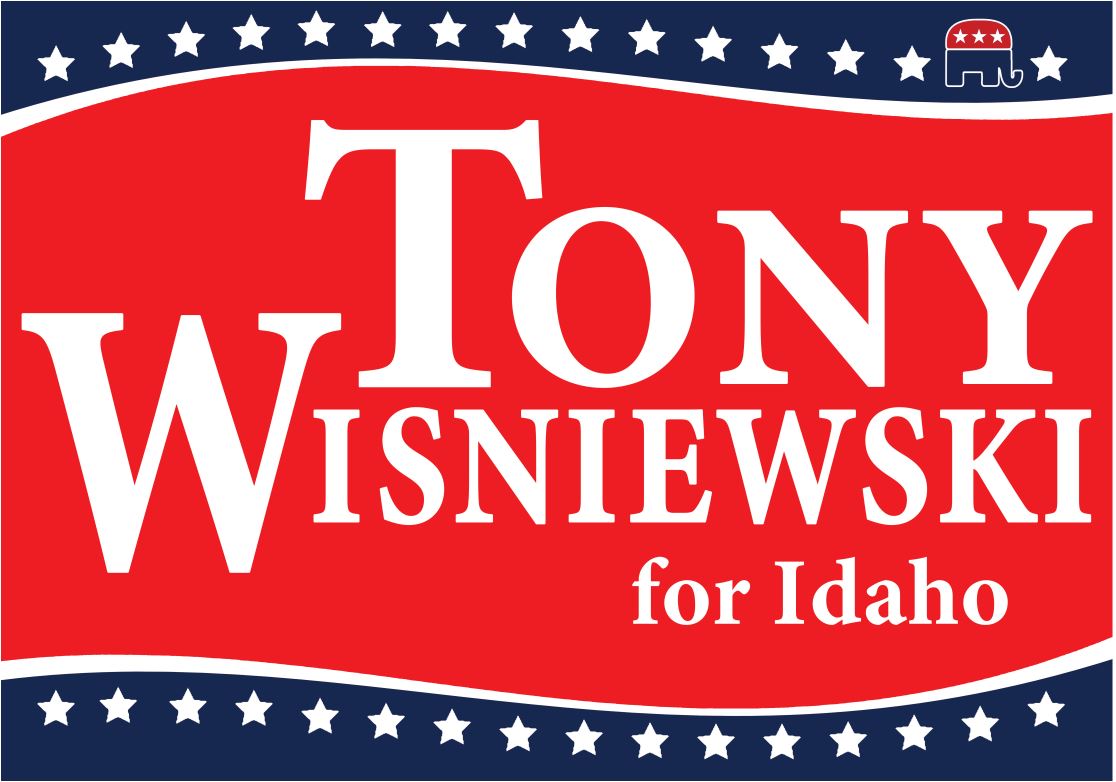 Having spent many years on the family dairy farm, Tony no is stranger to hard work. He received a Bachelor of Science in Mechanical Engineering from Utah State University. He has worked in the nuclear, aerospace, computer, and industrial equipment manufacturing fields for most of his career. His unique process innovations have saved companies at least $2.1 million.

His eight years of service in the Kootenai County Republican Central Committee as Vice Chairman has earned him the respect of the Precinct Committeemen and local office holders. He is actively engaged in almost every facet of the Party, including committee positions, public events, and involvement at State Committee Meetings.

Tony has lived in Post Falls for the last 26 years with his wife of 43 years. Having five children, there are now three generations of his family that live here. He moved to Idaho from Colorado after his employer closed a plant and moved its manufacturing to Malaysia, displacing 1200 high tech individuals.

He is committed to vocational and technical training as a viable alternative to a college degree. He was an industry representative on a Career and Technical Education Advisory Board in a local school district. In addition, he has served as a past Chairman of the local Society of Manufacturing Engineers, which has provided over $250k in donations to local technical school programs and individual students.

As one of very few engineers in the Legislature, his training in seeking out the root causes of problems allows him to identify legitimate solutions to complex issues facing Idaho.

The primary function of government is to protect the lives of its citizens with equal justice. This especially includes the most defenseless members of society, which includes the unborn and the elderly. I am firmly committed to make sure they receive the dignity and support that is owed to every human being.

No one will argue that taxes are necessary to fund the legitimate functions of government. However, some forms of taxation have become particularly onerous. The lower economic class pays a greater part of their income on groceries which are taxed at the same rate as other purchases, making this a regressive tax. None of Idaho’s neighboring states tax groceries except Utah, and then it is only at 3%, which is half of Idaho’s 6% rate. With the $2 billion surplus revenue that Idaho enjoyed this year, grocery tax repeal could be easily achieved. Another onerous tax is the property tax. Many older residents who have spent their lives paying off their home mortgage are now faced with higher property taxes than their old mortgage payments. Those who are living on fixed incomes are in jeopardy of losing their home due to ever increasing taxes. Although rising home prices are usually blamed for the rise in taxes, it is largely the increased cost of government services that determines the tax. The two main factors that increase the government budget are inflation and increased spending on projects that are not absolutely necessary. Inflation can only be controlled at the Federal level, so we need to ensure that fiscal conservatives are elected for national offices. Local government budgets can be reined in by demanding that budgets do not include benefits and frills that the local citizens are not willing to financially support.

I support educational choice to allow families to send their children to a school which best meets the needs of the students. Parents are the ones who know the abilities and temperaments of their children, and what it takes for them to be successful. Allowing Educational Savings Accounts like those in other states will broaden the choices available. The competition created by alternate schools will raise the level of excellence in all schools. Our public schools have seen a stagnation or decline in literacy scores, and this in spite of ever increasing funding for literacy intervention. Focused attention needs to be placed on helping those students who are struggling to read, even if it means holding students back until they reach a level of proficiency. Continuing to pass them on to the next grade to become the next teacher’s problem is not in anyone’s best interest. The old mantra, “you have to have a college education to be successful”, is no longer a universal truth. I have served on an Advisory Board for Career and Technical Education and am a strong advocate of vocational and technical education.